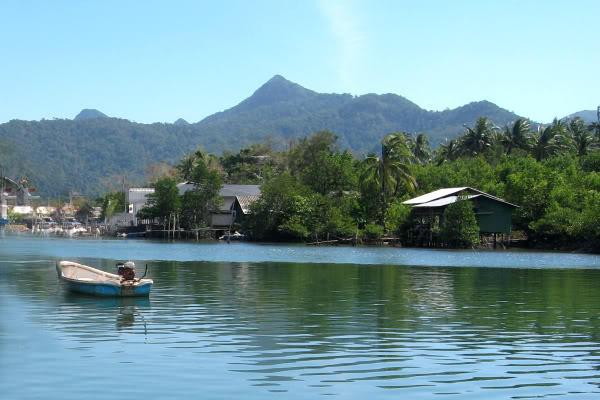 The eastern Thailand region comprises of Prachin Buri, Sa Kaeo, Chachoengsao, Chonburi, Rayong, Chanthaburi, and Trat provinces. The livelihoods the land and sea provide are fruits orchards, gem mines, rubber plantations, fishing, and tourism. Famous agricultural crops are jackfruits, rambutans, and durian and rubber plantation. Because mining areas in Chanthaburi produces prized blue sapphires and red rubies, it earned a global reputation as a center for gem trading in Southeast-Asia. There are large areas of coastal lands along the shores. Man-made golf courses, and preserved national rain forest parks with waterfalls and caves along with cliffs deep inland.

The border town residents include a large number of ethnic Chinese, Vietnamese, and Cambodian. Chonburi and Rayong also have large expats communities, a mixture of Asian, European, Scandinavian, and North American.

Thai with local accents are used along with a smattering of English, German, Dutch, Japanese, and Russian.

The Eastern region is known for growing over 700 plant varieties used in traditional Thai herbal medicines. Indispensable stone mortars and pestles for pounding chilies and grinding spices seen in almost all Thai kitchens are made in Ang Sila, Chonburi. Seafood is prepared with various types of fresh herbs for great flavor..

The majority of the citizen are Buddhist. Following an old custom of placating the all-important goddess of the sea, fishermen will decorate the prow of their boats with colored cloths and flowers. Most fishermen also wear amulets and have tattoos on their bodies as an effective means of warding off evil spirits and protection from all sorts of hazards and accidents such as when going to work in the Gulf. Pockets of other religions and devotees are scattered throughout the eastern region. In Ang Sila area of Chonburi, there is also a Chinese community that lives permanently in a Chinese-Junk shaped monastery and eats strictly vegetarian diet. In Chanthaburi province there is also a large congregation of Thai-Vietnamese Catholics.