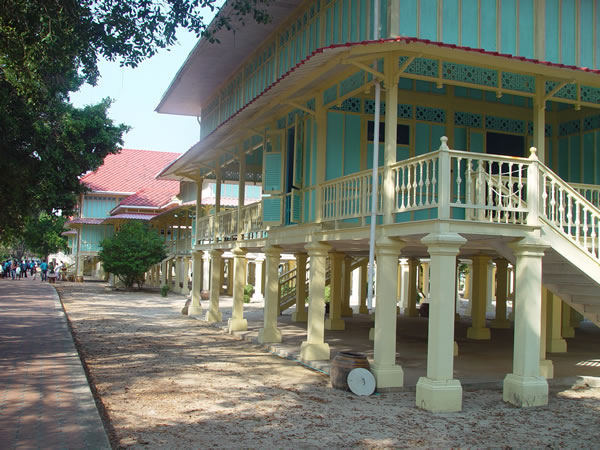 Maruekhathayawan Palace is the longest golden teak palace in the world and was built in 1924 using recycled golden teakwood from Haad Chao Samran the summer palace. The fancied latticework and verandahs was designed by an Italian architect according to King Rama VI’s wishes and was used as a summer residence in the mid 1920s.   The historic site is located in the ground of King Rama VI Military Camp at the 216 kilometer marker, between Cha Am and Hua Hin.

Maruekhathayawan Palace was named after the abundant wildlife-wild deer. It is also known as “the palace of love and hope”.

It is a wooden pavilion built on stilt pilings with a series of halls linking each other and a long corridor leading to the sea. It is consisting of three connecting buildings:

The palace provides a tranquil setting to stroll around.