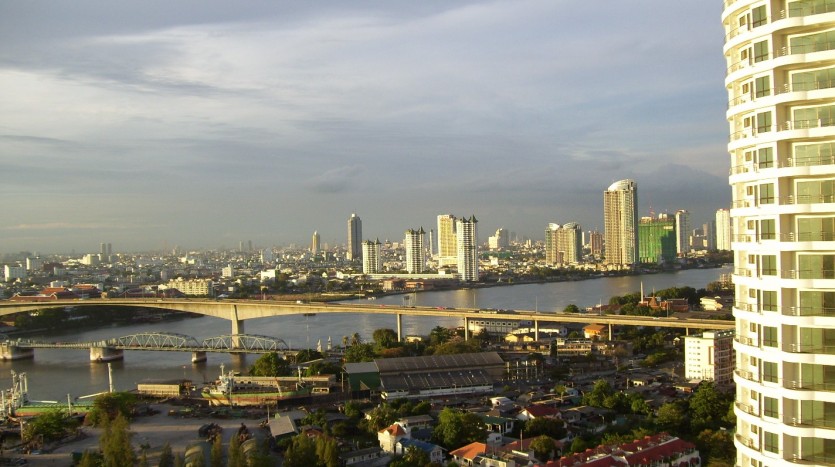 Bangkok, Thailand
Bangkok is a great place to live. Bangkok was established the capital of Siam (now Thailand) by King Rama I of the Chakri Dynasty in 1782.

While foreigners continue to use the old name, Thai people call their capital “Krung Thep”; shorten from its lengthy official title.  This vibrant, crowded, mega-city covers an area of 1,568,737 square kilometers, dividing into 50 districts and 154 sub districts. Bangkok is home to an estimated ten million people, half of them below age 30. (The exact population would be impossible to calculate; many residents are part-time laborers who come to work between rice farming seasons, while others are still registered as population of their hometown despite years in the capital.)
Bangkok is the center of nearly everything in Thailand: The official residence of the royal family; government ministries; the leading sport and cultural facilities; almost all of Thailand’s major domestic and foreign businesses –the headquarters for the Pacific Area Travel Association moved after 40 years in San Francisco to Bangkok and The Reuter has their 4th largest offices in the world in Bangkok; There are a total of 1,657 schools in Bangkok ranging from kindergarten to primary, secondary, and college education; there are 65 international schools that include a wide ranges of British, American, Chinese, French, German, Japanese, Singaporean accredited curriculums. Bangkok is home to 19 government universities and 18 private universities, and if you want to go to most prestigious universities in Thailand, 7 of them are in Bangkok. The top notch international hospitals in Thailand are in Bangkok; there are 173 hospitals -42 public, 131 private, 144 public health service centers and 3,000 private clinics within the capital. In many ways, this make Bangkok the most vital and dynamic city in South-East Asia.

Bangkok promises plenty of activities for everyone. Bangkok is home to some of Asia’s largest convention centers and has world class hotel accommodations with their own meeting facilities. It is also ranks among the most popular destinations for international meetings; that should ease your worry about what to do in Bangkok. During the day, there are countless gorgeous temples and interesting sites to see, pockets of shopping areas to find great bargains, hundreds of restaurants to stimulate your taste buds, pods of luxurious spas in grand hotels to be pampered and loose yourself; and at night, Bangkok entertainment scene is legendary and it goes above and beyond its over publicized naughty image.

Residents in Bangkok live and work in a variety of areas, often commuting for several hours each day by bus, private car, train, sky train (BTS), Metro (Subway), and boat. Government offices are concentrated in the area around the Grand Palace and Ratchadamnoen Road, while Yaowarat Road and close proximity areas are devoted to Chinese business firms. The powerful military headquarters is behind high walls in Dusit district. Silom Road is the financial district. Patpong has a numbers of leading hotels and is a major attraction after dark. Sukhumwit Road leads the prime residential district. Suburban housing estates can be found all around Bangkok with shopping and recreational facilities constantly cropping up to meet the demands of their residents.

Bangkok is more than 40 times larger than Thailand’s second city. Parts of the surrounding provinces have been included into Bangkok’s sprawling metropolitan area. About one out of ten Thais lives in Bangkok. It is a vital and changing city where you can find both new and old, East and West, clashing and unpredictable that gives Bangkok its special flavor, a unique sense of place; a place to call home. 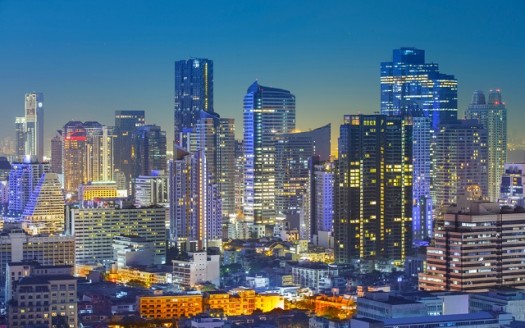 Feb 22, 2016
According to many lovers of Bangkok, the beloved city has unique character and special flavor: the mixes of the old ...
Continue reading
Welcome to Thailand Real Estate Company
Sign into your account
Create an account
Reset Password
Register here! Forgot password? Back to login Back to login